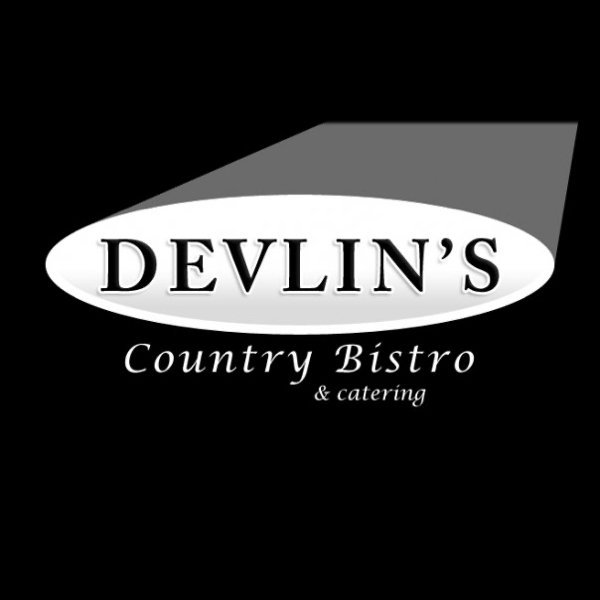 Ryan & Chris Devlin create continental and local inspired cuisine to be served in an upscale, casual environment by their loyal and charming servers. An approach has been taken to the menu design, focusing on serving locally sourced and purveyed products in conjunction with premium quality imported ingredients to ensure every satisfaction is met. You can find Devlin’s Country Bistro’s balanced dishes served at the restaurant in Mount Pleasant, just 10 minutes south of Brantford. 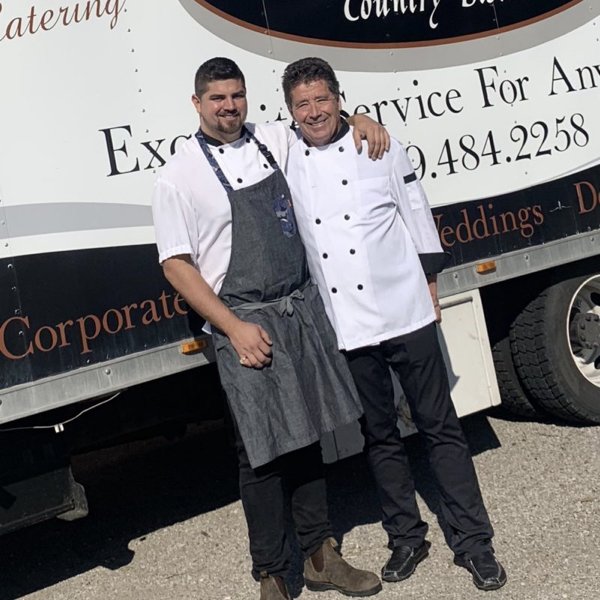 ​About Devlin’s Country Bistro and Catering

This former combined general store, post office and residence has been an enduring fixture and meeting spot in Mount Pleasant since being built c1834 by Russell and Julietta Sturgis Hardy. It is the only survivor of a once thriving commercial section of the village.The building is significant as the birthplace of Arthur Sturgis Hardy, distinguished lawyer, legislator and 4th Premier of Ontario (1896-1899), who was born here during the Rebellions of 1837. Village lore is that at 1:00 a.m. on December 14, 1837 troops commanded by Col. Allan McNab marched through Mount Pleasant en route from Brantford to Scottland in pursuit of rebels led by Dr. Charles Duncombe from Burford who had gathered there. When McNab’s company got to Mount Pleasant there was a light in a bedroom over the Hardy store so a suspicious McNab detailed a party to search the premises for conspirators. Russell Hardy answered the knock and invited the Colonel in to meet a newly-born son, Arthur Sturgis Hardy. Hardy seemed literally to have been born into the ranks of Liberalism, destined to enter the Ontario Legislature on the Reform (Liberal) ticket in 1873, again meeting Col. McNab who was there as a Tory member.

John and Sarah Devlin, natives of Ireland, came to Brant County in 1863 and took up farming. George F. Devlin, one of 8 siblings, became the first of four generations of Devlins connected to this site when he returned from Upper Canada College (Toronto) to clerk in the old Hardy store which he purchased in 1879. His brothers Hugh and Robert helped in the store in the early years; Robert later established his own store in Brantford. George set down strict policies to ensure the continued success of Devlin’s General Store, with interest of 8% per annum charged on overdue accounts. George’s son Edwin J. Devlin came next, setting up a post office in the back when he became Postmaster in 1925. The business prospered and Edwin passed it on to his son Robert C. who operated it until 1990 when his son Chris, the current owner, who had been interested in the culinary arts at a very young age, fulfilled his dream of opening his own restaurant.

With its high gables and upper storey arched window centre front, the building is Ontario vernacular Neo-Gothic in style although now with some features obscured by alterations and without its characteristic graceful bracketed verandah which once wrapped around the front and side. Gables which now overlook the parking lot originally faced a garden enclosed by a picket fence. The north side is interesting as the wall bends to accommodate the alignment of the old Mill Road (now Burtch Road) which was a route to the Perrin Mill farther east.

The Devlin family has prospered here in this landmark building for over 125 years and continues today a Mount Pleasant tradition of offering a warm welcome and hospitality to all.